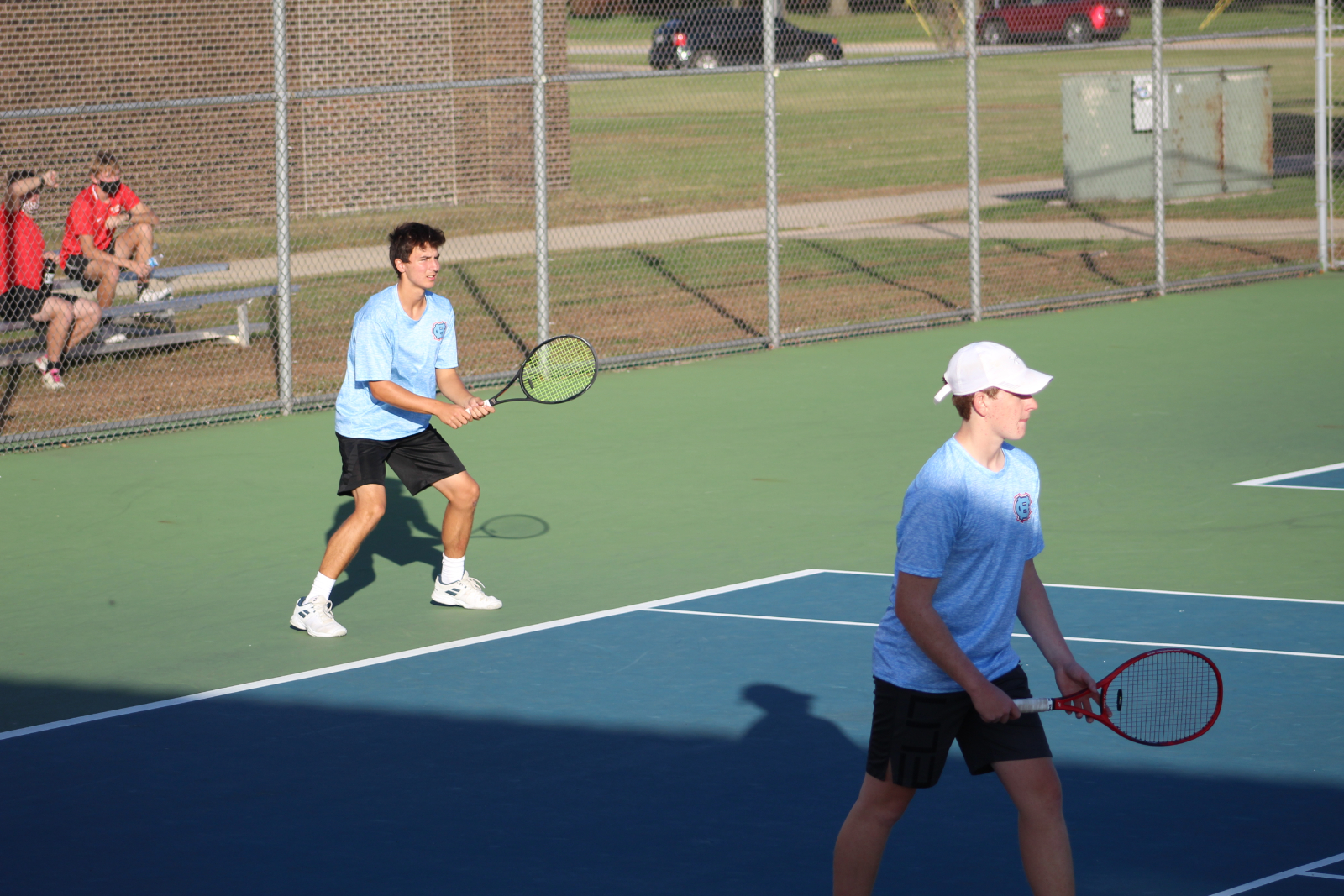 Tennis Doubles Aidan Beilke and Nick Holden have been lighting it up this past season. At times they have both played singles matches but when they get put on the court together they are almost unstoppable. Knowing their good chemistry and overall skill was no match for opposing teams they decided to take the number one doubles spot for the Wildcats. In the Sectionals they got the bye and won 2 quick matches in 1 day to win the sectional championship. In the regional game they advanced to the second round to play Munster, the seventh team in the state. That would unfortunately be their last match played together, but a good run by the senior (Beilke) and junior (Holden).