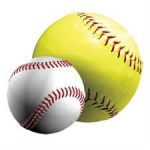 The JV baseball and Varsity softball games for Thursday, April 1st have both been canceled due to the cold weather.  Make up games will be scheduled at a later date.

Now that Indiana has lifted some of their restrictions, most all of the schools are not limiting spectator numbers.  Many are asking that parents bring a bag chair to set up since seating is limited at their baseball and softball venues.  So, you may want to keep your chairs in your trunk and handy!!  Masks

We got in touch with one of Hanover’s greatest players, Alyssa Albrecht. She was the team’s catcher through many games and helped the team win many sectional and regional titles. She was a part of what everyone called “The Dream Team” back in 2019. Since she has left Hanover, she has been continuing her academic

Hanover Trap and Skeet will begin on Wednesday March 31st at Palos Sportsman’s Club, Frankfurt, IL. The season this spring is based on skill based groups, as well as introducing several new shooters into Hanover’s team. With 60 athletes now active on the team, the meets will be much more competitive across the several groups,