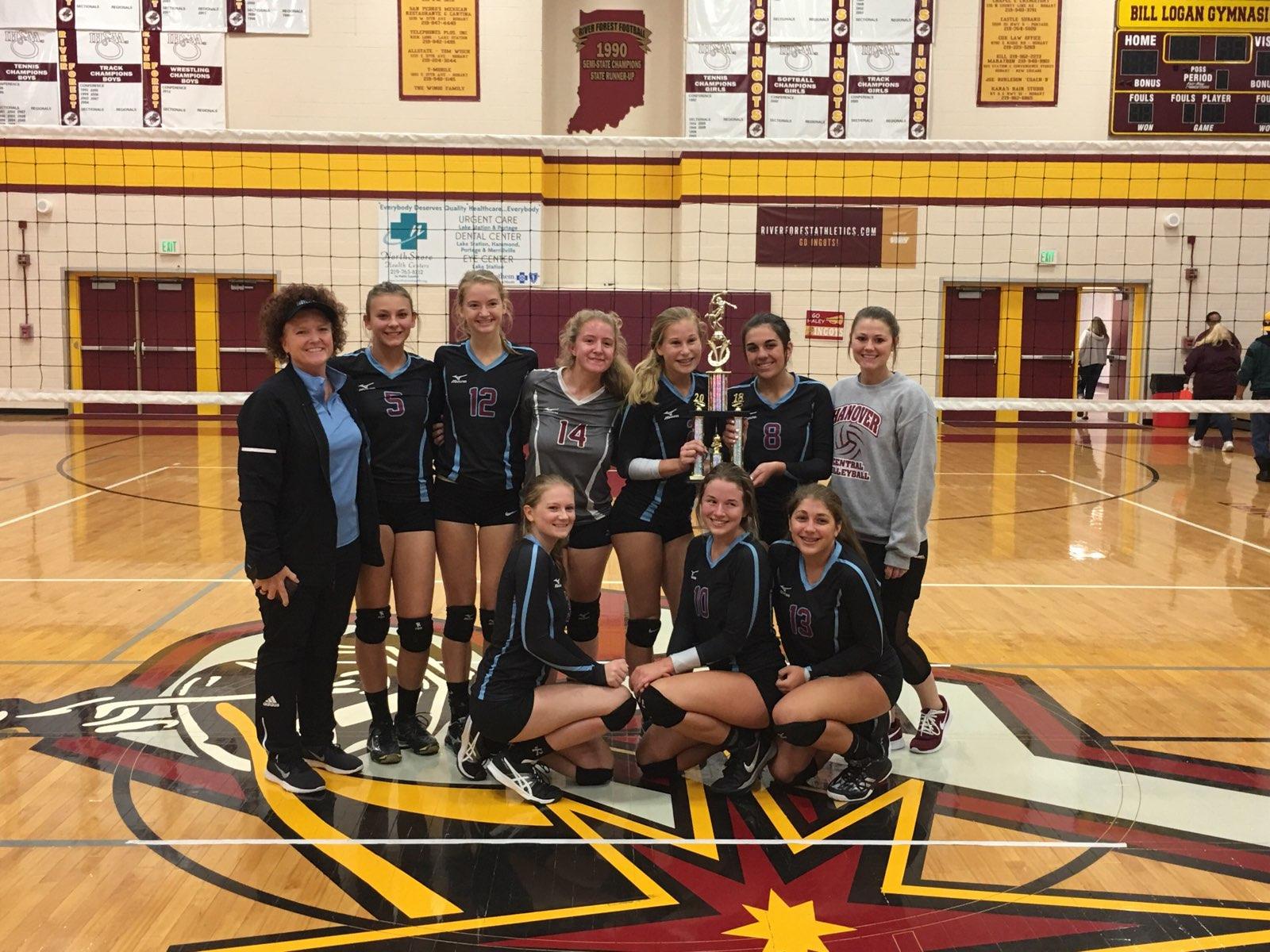 The Hanover Central Wildcats defeated Calumet, Whiting, River Forest, and Boone Grove to take home the trophy at the River Forest Invite. The entire tournament was a great team effort by the Wildcats. We continued to demonstrate great movement on the court. The team was aggressive from both the service line as well as at the net. The team earned the title of champions after a hard fought battle in 3 sets against the Boone Grove Wolves.