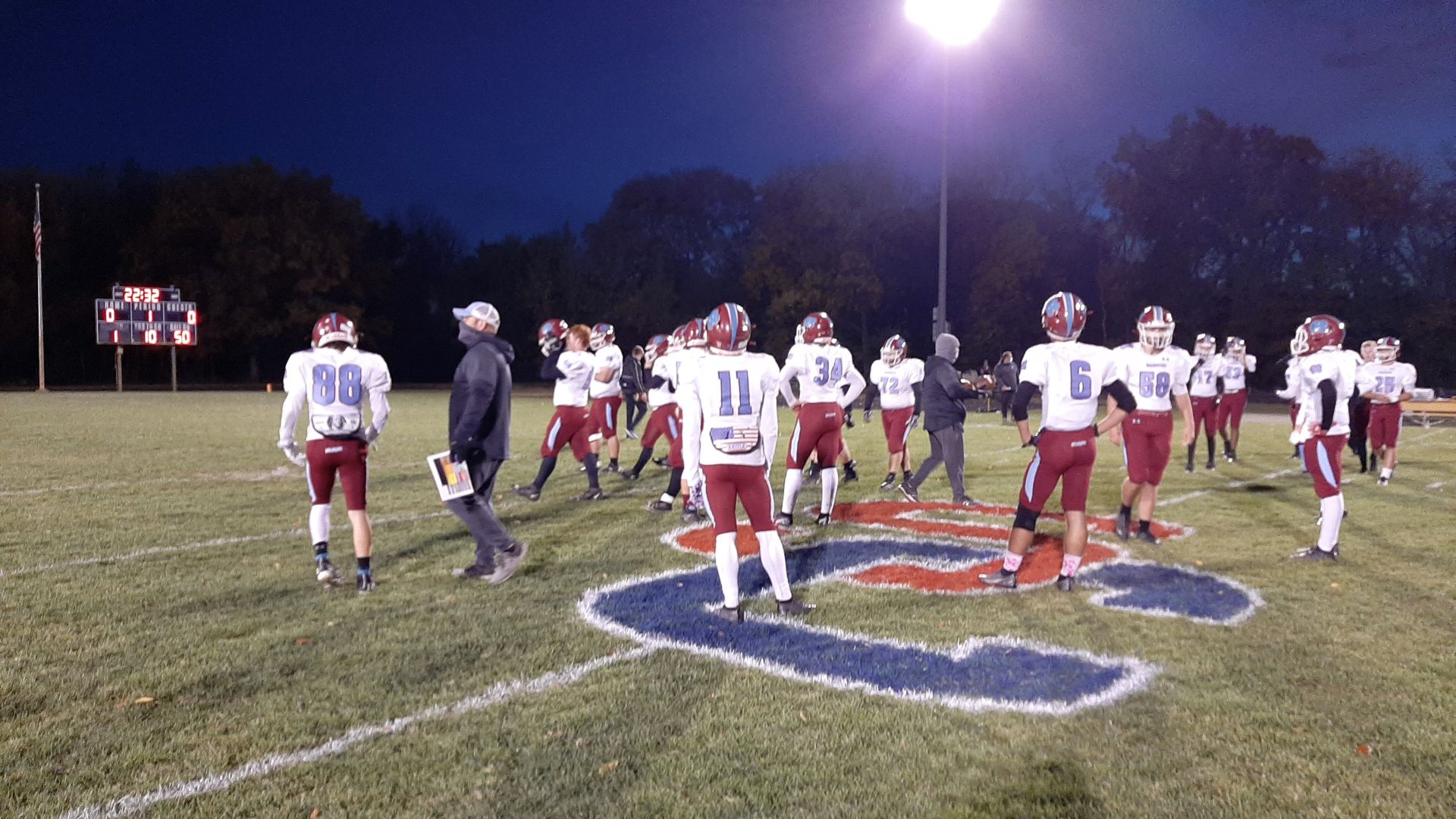 The win, coupled with Wheeler’s 52-17 win at Griffith, gave HC (7-2, 3-1 GSSC South) a share of the Greater South Shore Conference South Division title. It is Hanover’s first GSSC title since 2016.

The Wildcats capitalized on South Central mistakes early. In the 1st quarter, the Satellites committed three turnovers and fumbled a punt snap that resulted in a turnover on downs at their own 4 yard line. HC turned three of those mistakes into touchdowns and raced to a 35-0 halftime lead.

Graham’s four TDs all came in the first half. He scored on rushing plays of 6 yards, 3 yards, and 31 yards, respectively, and hauled in a 46-yard TD catch from QB Blaze Cano. Graham finished with 151 all-purpose yards (98 receiving, 53 rushing).

Cano threw for 153 yards and the one TD to Graham. He added a 33-yard touchdown run.

It was Hanover’s first shutout of the season, and their first since October of last season, when they shutout Whiting 40-0.

The 2nd half was played with a running clock. It was the sixth time this season that Hanover established the minimum 35-point 2nd half lead to trigger the IHSAA’s mercy rule.

Hanover has now won four straight, and seven of their last eight games. Their only loss in that stretch came at the hands of their conference co-champion, Griffith (35-8, Sep. 8).

HC now sets its sights on the IHSAA State Football Tournament. Hanover will visit Twin Lakes next Friday night, October 23rd, in the Sectional 25 opening round. The game provides an opportunity for the Wildcats to avenge a 63-35 loss to Twin Lakes—also played in Monticello—in their 2019 Sectional 25 opener.

For the complete story of Hanover Central’s Week 9 win at South Central, including insights from head coach Brian Parker, pick up a copy of the Lowell Tribune. Look for it at newsstands Wednesday.